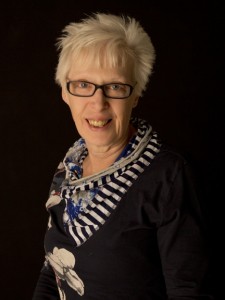 My artistic practice is diverse involving various media (both 2D and 3D) partly because I tend to visualise a piece and then bring it to fruition using whatever is the most appropriate medium. Much of my work bridges the relationship between 2D and 3D, negative and positive including negative space, shadows, and reflections and, increasingly, between figuration and abstraction. Subject matter ranges from the serious to the scenic.  My work is often analytical – reducing images to their basic elements and then building them up again but often distorted or changed in some way.

During August 2015 I held a “one woman show” called Diversions at the Hastings Arts Forum (HAF), St Leonards on Sea. I used both galleries and showed a mixture of work including installations including Birdland 2 (an installation featuring The Crow) . During the show I worked on some new collages and was asked to make a collage in the same style (Beatlemania) in aid of the Macmillan Cancer Support.

Early in 2016, Birdland+, a much expanded version of The Crow installation including two new large mixed media oil on linen paintings, was shown at 54 The Gallery, Shepherd Market, London.  This show also featured the new collages I started making during the Diversions show and some other new work.  During that year my work was shown in various curated shows, in the Brighton Festival and at the Parallax Art Fair in London.  Then (May 2017) I showed 23 new prints of various types (made in a single six-month period – July 2016 and January 2017) in Gallery 1 of the Hasting Arts Forum (Black, White & Splashes of Colour).  Again, during the show I was in the gallery a lot of the time making some work. Also during 2017 my work could be seen in various group / curated shows.

The year of 2017 saw little by way of completed new works but was a year of experiment and development (including embedding woodcuts within screenprints) which was translated into a strong programme of work (Trees & Roots) through 2018 through to 2020.  During 2018 a selection of my prints (of various types) were in the Martyrs’ Gallery Summer Salon 2018 in Lewes as part of the Lewes Artwave and, earlier that year, an installation called IT together with some Trees & Roots were in a show in The Crypt, Seaford put on by the Linchpin Graphics group of artists.  The Group’s work (including my Caves, Graves & Temples series of monotypes) can currently be seen at the Da Vinci Hotel and Art Gallery in Eastbourne.

Also during that year I went back to ceramic sculpture (after about 13 years!) and one piece was shown in St Leonards (see below); another was finished (but too late for the show), a third one is work in progress (currently drying in preparation for being fired).

I continue to show my work from time to time in curated or group shows and in July 2019 held a solo show called Of Trees and Roots and ……………… ) in Gallery 2 of the Hastings Arts Forum featuring the Trees & Roots series.  Looking at the future there are plans to hold a solo show in the Birley Centre, Eastbourne again featuring Trees & Roots together with pieces from a new body of work (called Lines).  Lines is, essentially, about patterns, repetitions and geometry in architecture.  Originally this show was scheduled for March 2021 but, unsurprisingly, has now been postpoded due to the Covid-19 pandemic.

Please note that most of my work is for sale.  Any enquiries regarding price, availability etc. should be sent via my contact page.